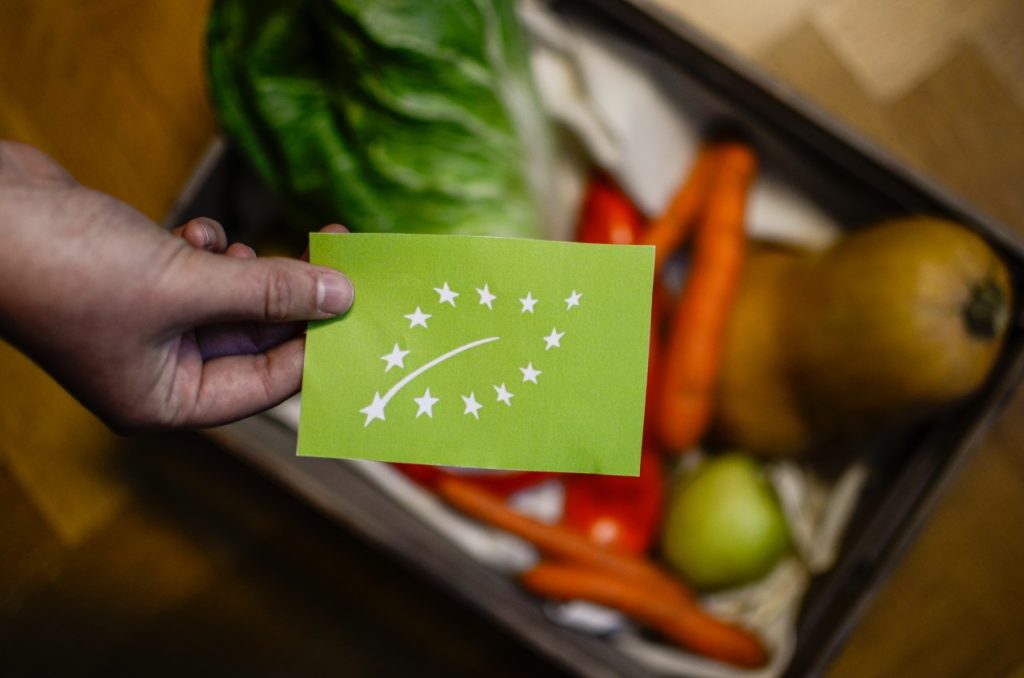 Organic. Well known and to be seen in every supermarket. Organic has become a universal term for healthy and sustainable food. As a manufacturer of organic breakfast, it is of course particularly important to us. However, many people buy organic products and try to live “organically” without really knowing what is hidden behind the term. We want to clear this up today.

Organic and its origin

The forerunners of the organic movement developed early in the 19th century. However, these were associations that were mainly concerned with awareness and nutrition. They paid attention to a wholefood diet and to vegetarianism. The natural food at that time consisted mainly of vegetables. The followers tried to find food that was free of any additives and extra treatment. Already at that time food was prepared in order to allow a longer shelf life. Already in the 1920s several voices were raised for organic-dynamic agriculture.

This natural food movement found its highest popularity in the years of the hippie era. This led to the opening of the first shops in Germany where organic products could be bought. In these years the first associations developed, which did not only want to concentrate on less processed food, but also on organic cultivation. In the middle of the 1980s, there were already 2000 organic farms in Germany. In the year 2000 the organic seal was officially founded by the EU. The organic seal means that the products are grown organically. In terms of turnover, organic has definitely arrived in the mainstream – the turnover is now more than 10 billion euros annually.

Many people may now ask themselves: Why should I buy organic products? This question is easy to answer.

No pesticides and sprays

Organic products can generally be classified as higher quality than commercial products. Those who have been awarded the organic seal do not use any pesticides or other spraying agents. Only special plant protectors may be used. Commercial products, on the other hand, are sprayed and processed with more extreme sprays. However, the fact that this has an influence on health has not yet been researched. This is mainly due to the fact that long-term studies have not yet been carried out. It is assumed that pesticides, which are 3-5 times higher in commercial products than in organic products, nevertheless pose a risk to our health. The fact that pesticides and sprays have a negative effect on the environment and on bees has now been sufficiently proven.

Organic is richer in nutrients

People who buy organic products also usually buy more nutritious foods. Studies have confirmed that organic products contain on average 27.0 % more vitamin C, 21.1% more iron, 29.3% more magnesium and 13.6% more phosphorus. In addition, organic products contain 15.1% less nitrates than similar product groups. What is also relevant for health concerns is the additional burden of antibiotic-resistant bacteria. Studies show that the concentration of these bacteria can be reduced when purchasing pork and chicken from organic farms. Organic meat therefore basically means that there is a lower risk of possible contamination by antibiotics. Definitely, it is a fact that organic farms have to follow stricter guidelines. Not only concerning the food of the animals, but also for the husbandry. This inevitably leads to a higher quality and a more sustainable form of agriculture.

The taste of organic

Another highly discussed topic is whether organic foods taste better than others. This may be the case for many people, but many studies do not prove a clear classification. Some studies have shown that organic products taste better than commercial products. Other studies on the other hand claim exactly the opposite. Thus, no universal opinion can be found concerning this topic. However, what can definitely be said is that placebo effect plays a major role here. If you want to take care of yourself and buy organic products, you will probably find that it tastes better – even if it’s just imagination. However, this should not discourage people from considering organic products as more valuable goods – because that is definitely the case.

Organic and the environment

Is organic a panacea for the big issue of the climate crisis? Unfortunately, not. Organic gives an indication of the circumstances under which products are manufactured. These are regulated uniformly throughout the EU, are checked regularly and labelled with a quality seal. That is why organic stands above all for transparency.

However, switching to organic products alone is not the solution to all environmental problems. The cultivation of organic food uses less chemicals and thus protects our food and the environment, but there are still many other factors that must not be ignored.

If you want to pay attention to the environment, you should not only look at the organic seal. Only an organic seal is often not enough, because if tomatoes come from Chile for example, but have an organic seal on the packaging, it does not mean that it is better for the environment. The ecological footprint is still immense for long product transportation routes. The rule here is: less is more. Therefore, you should try to buy as regionally and seasonally as possible, perhaps even directly from the farm. The way you eat, whether you are a vegetarian or vegan, also has a big influence on your own ecological footprint. Here we have a comparison for you: 1kg beef causes 22kg greenhouse gases and consumes 15,400 litres of water. A person in Austria eats an average of 60kg of meat per year. That’s quite a chunk.

Organic and ecological solutions make sense. The purchase of organic products from Austria also supports domestic farms that may no longer be able to survive on the commercial market. Organic products are not only available for fruit, vegetables and meat – organic is now omnipresent.

We at Verival produce all our products organic and we are proud of this. So anyone who has now had enough of dry facts, history and discussions is cordially invited to visit our website. We love organic products and above all breakfast. Because especially for the most important meal of the day you should pay attention to what you eat. 😉

1 bowl of Porridge gives you all the essential nutrients for the day... 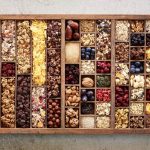 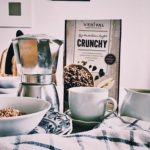 The Granola & its history 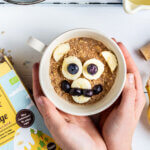 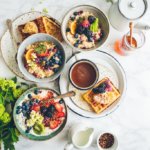 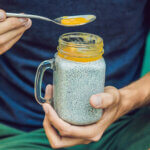 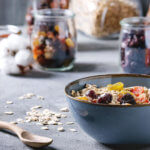 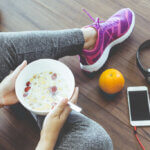